Not registered yet? Registration will remain open through June 3, 2022. register now

Call for State-of-the-Art Speaker Recommendations is closed.  Thank you to all who submitted reccomendations.

The ATC 2022 Program Planning Committee will make all final speaker selections. Submitting proposed names and topics for an ATC 2022 State-of-the-Art presentation does not guarantee selection. Please do not contact any speakers regarding participation. 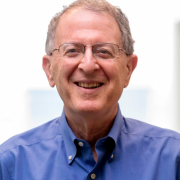 Jeffrey Gordon received his A.B. from Oberlin College and his M.D. from the University of Chicago. He completed his clinical training in internal medicine and gastroenterology at Washington University, and was a post-doctoral fellow in the Laboratory of Biochemistry at NIH’s National Cancer Institute. He joined the Washington University faculty in 1981 where he has spent his entire career, first as a member of the Departments of Medicine and Biological Chemistry, then as Head of the Department of Molecular Biology and Pharmacology, and since 2004 as founding Director of the University’s interdepartmental, interdisciplinary Edison Family Center for Genome Sciences and Systems Biology. He has been the research mentor to 138 PhD and MD/PhD students and post-doctoral fellows since he established his lab.

Members of his lab have developed gnotobiotic animal models, and new experimental and computational approaches to characterize the assembly, dynamic operations, functional properties, and biological effects of human gut microbial communities. They have combined these models with human studies involving twins as well as members of birth cohorts living in low-, middle- and high-income countries. His group is focused on addressing the global health challenges of obesity and childhood undernutrition through new understanding of the interactions between diets and the gut microbiome and through new ways of promoting healthy development of the gut microbial community during the first several years of postnatal life.

Gordon is a member of the National Academy of Sciences, the American Academy of Arts and Sciences, the National Academy of Medicine, and the American Philosophical Society. The work of his lab has been recognized by a number of awards including the Keio Medical Science Prize, the Louisa Gross Horwitz Prize, the Copley Medal from the Royal Society and most recently the George M. Kober Medal from the Association of American Physicians.

Sponsored by the Paul I. Terasaki Research Fund 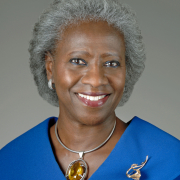 Hannah Valantine recently returned to Stanford as Professor of Medicine having served for six years as the inaugural NIH Chief Officer for Scientific Workforce Diversity, and a Senior Investigator in the Intramural Research Program at the National Heart, Lung, and Blood Institute (NHLBI). Prior to starting this position in April 2014, Dr. Valantine was Professor of Cardiovascular Medicine and the Senior Associate Dean for Diversity and Leadership at Stanford, a leadership position she held since November 2004. She is nationally recognized for her transformative approaches to diversity and is a recipient of the NIH Director’s Pathfinder Award for Diversity in the Scientific Workforce. Citing NIH Director Dr. Francis Collins’ statement about Dr. Valantine’s accomplishments at NIH, “her laser-like focus on expanding recruitment and retention of the brightest minds regardless of race, ethnicity, gender, disability, and socioeconomic status has produced remarkable results over a few short years.” For example, she established the Distinguished Scholars Program, which has had a dramatic, positive impact on the diversity of tenure-track investigators at NIH. Hannah established the NIH Equity Committee to systematically track and evaluate diversity and inclusion metrics in each NIH Institute and Center’s intramural program. Under her leadership, there has been a significant increase in representation of women as tenure-track and tenured principal investigators (PI), and of African American/Black and Hispanic tenure-track PIs in the Intramural Program. There also has been a significant increase in representation of women in NIH leadership positions, such as Institute/Center Directors and Scientific Directors. she played a major role in taking on workplace harassment at NIH. One of her significant achievements was developing and implementing the first NIH Workplace Climate and Harassment Survey. The findings provided critical data that have informed NIH’s strategies to improve the workplace moving forward. The survey provides a tool (now published) for NIH-funded institutions across the country to assess and improve their workplace climates.

The impact of Dr. Valantine’s work has been felt well beyond the NIH campus. She has made several important inroads into improving diversity and equity among the extramural research community. For example, Hannah designed the Faculty Institutional Recruitment for Sustainable Transformation (FIRST) program that is being implemented by the NIH Common Fund to create cultures of inclusive excellence at NIH-funded institutions. She also guided the National Research Mentoring Network program on coaching and mentoring for grant writing toward successful applications and awards supporting scientists from diverse backgrounds, including those from underrepresented racial and ethnic groups. Since her arrival at NIH, there has been a significant increase in the number of R01 applications and awards that identify African American/Black and Hispanic scientists as the Program Director/Principal Investigator (PD/PI). And for early career scientists, she has focused on career development awards (K-series), the penultimate stage before R01 grants, increasing the number of applications and awards on which African American/Black and Hispanic scientists are identified as PD/PIs, essentially eliminating the racial gap in success rates for K-awards.

At NIH Dr. Valantine established a highly productive research program within the National Heart, Lung, and Blood Institute (NHLBI). She created the Genomic Research Alliance for Transplantation (GRAfT), a consortium of five heart and lung transplant programs in the Washington, D.C. metropolitan area, which has enrolled and is actively following more than 500 patients, 40% of whom are African American/Black. She is using the technology that she co-invented with Steve Quake, professor bioengineering at Stanford — donor-derived cell-free DNA in blood — to monitor organ transplant rejection in the GRAfT cohort, and to understand the mechanisms that explain how and why African Americans/Blacks reject their organ transplants at higher rates than White recipients.

Dr. Valantine was elected to National Academy of Medicine in 2020, “for her national leadership in both scientific workforce diversity and cardiac transplantation research. Her data-driven approach in these two important areas has led to game-changing policies and new programs that enriched the nation’s biomedical talent pool and have generated paradigm-shifting innovations in patient care.”